During National Volunteers’ Week 2017 the Libraries Community Capacity Team along with some volunteers, attended the 1000 Lives and CHAD (Centre for Health and Development) Big Community Conversation event at Staffordshire University. We took along a stand and display boards with a large number photographs highlighting the fabulous impact that the volunteers are having in Staffordshire Community Managed Libraries. 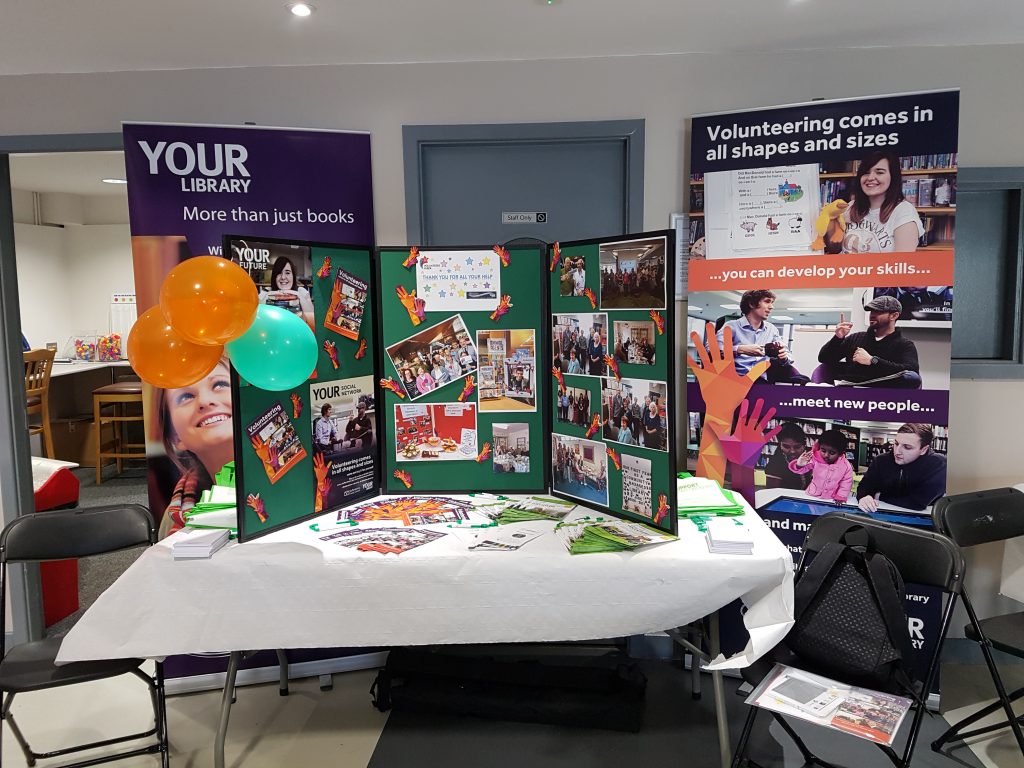 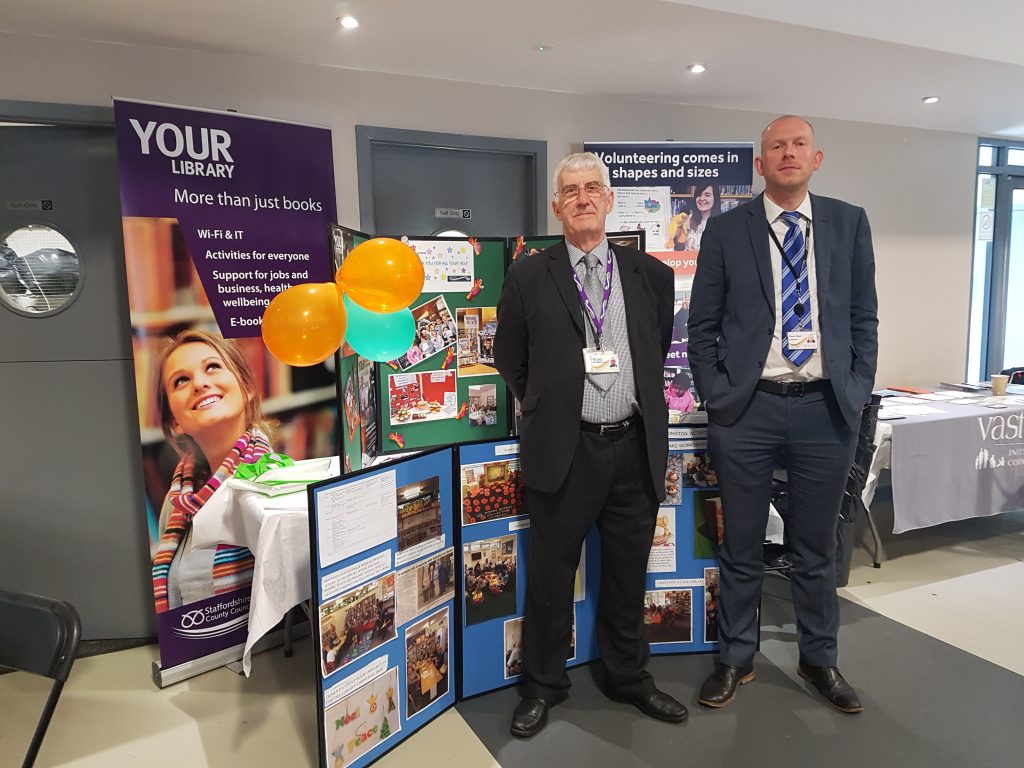 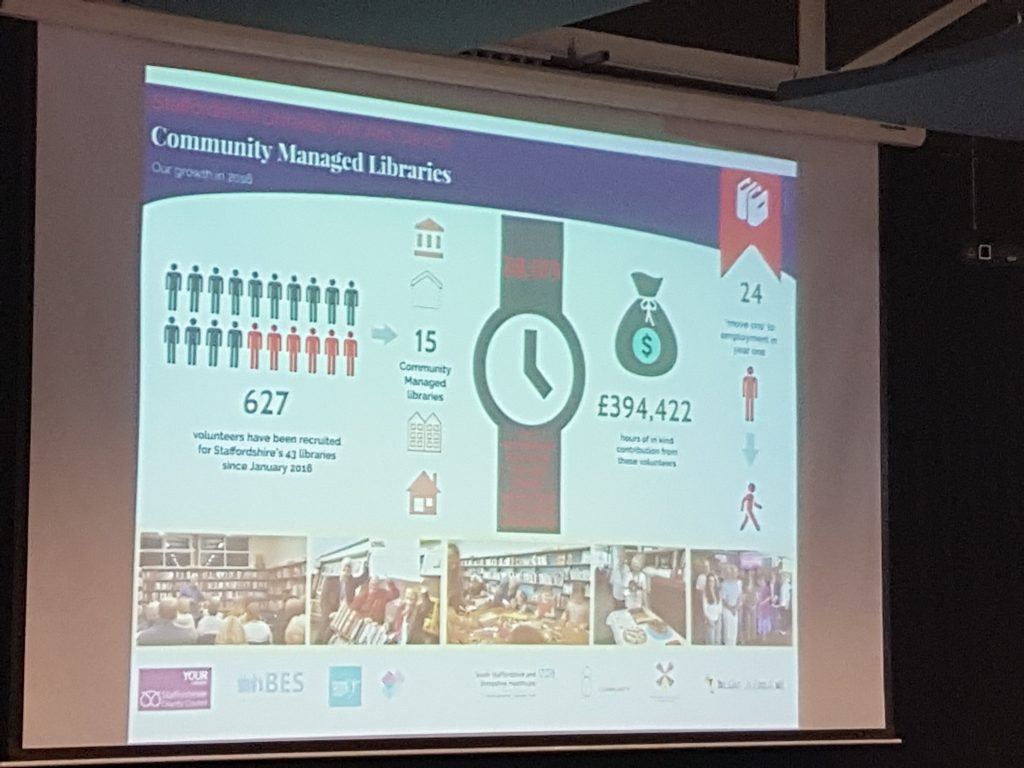 A fabulous afternoon and evening was had celebrating the success of the Community Managed Libraries across Staffordshire, as well as saying a big thank you to volunteers in all libraries. It was good to talk to volunteers and representatives from other organisations to share experiences.

It was great to showcase at a county wide event the fantastic impact that volunteers are having on the libraries that they volunteer in and the communities that they serve. A number of volunteers were nominated for and won the 1000 Lives Community Champion Award. This was a fabulous way for volunteers to be rewarded. 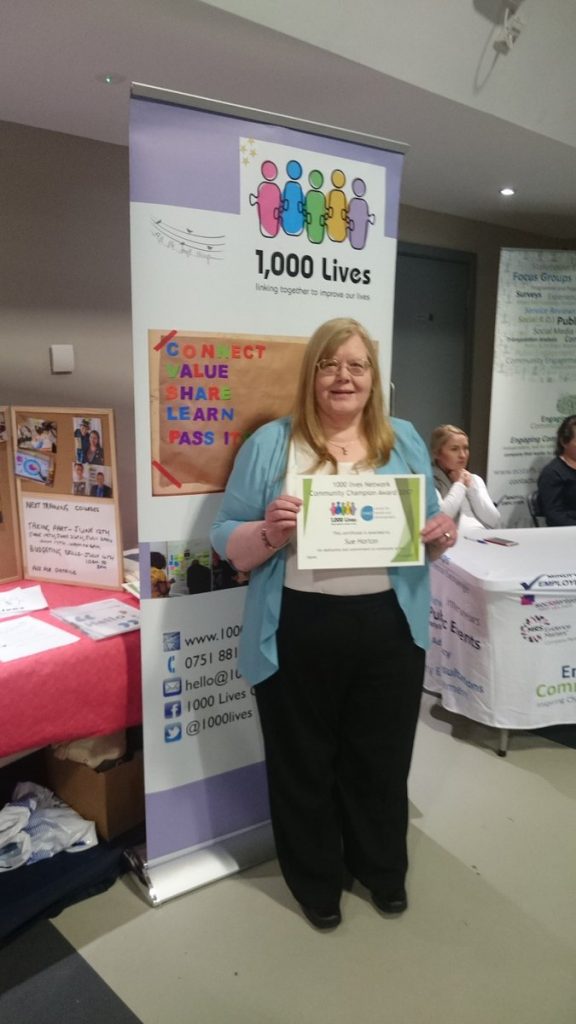 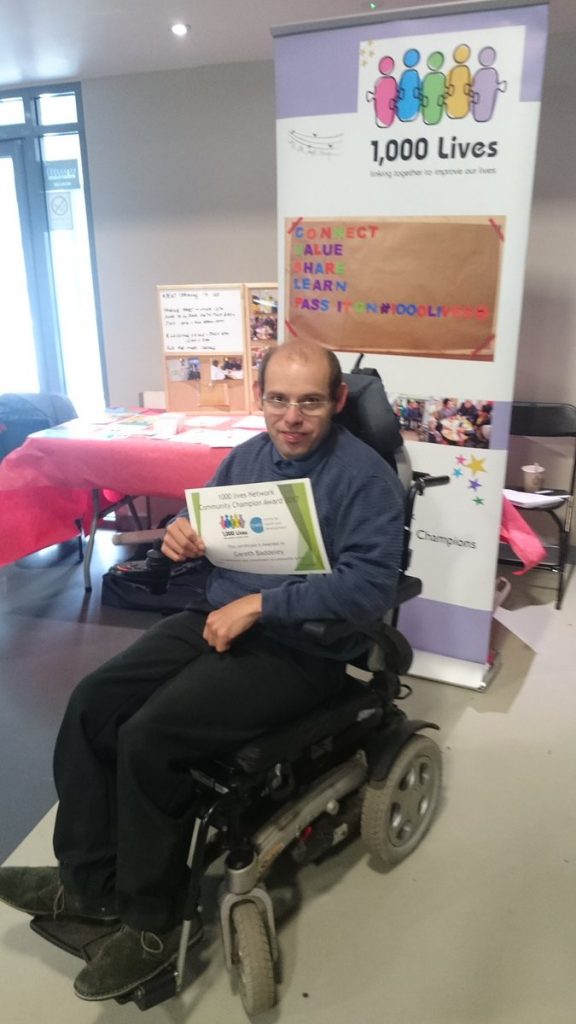